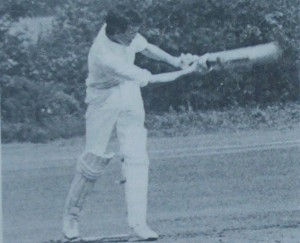 Son of Donald Carr, he developed in the colts section and quickly broke into the first team while still at Repton School before scoring heavily for Oxford University and Middlesex.

He took a two-year break from professional cricket in 1991 and 92, disillusioned with his form. In his first gap season back at Radlett he broke the Hertfordshire League record with 848 runs in 12 innings at an average 84.8, when Radlett easily won their second title.

He returned to Middlesex and topped the national averages in 1994, the `Brian Lara summer’. Though in line to become Middlesex captain, he retired to join the England and Wales Cricket Board, and he lived in the village with his wife and three daughters until 2003.